A few days ago, we got an email asking if we wanted to go to see the Six Nations Scotland versus Italy rugby match today with other people from the surrounding residence halls. Ali and I managed to grab tickets before they ran out, so this morning we set out on the rented coach bus to Edinburgh!

I've gotten used to taking the bus to Dundee whose windows are always too dirty to see out of. So I was absolutely enchanted by the Scottish countryside and the dreary, grey weather only seemed to enhance it. 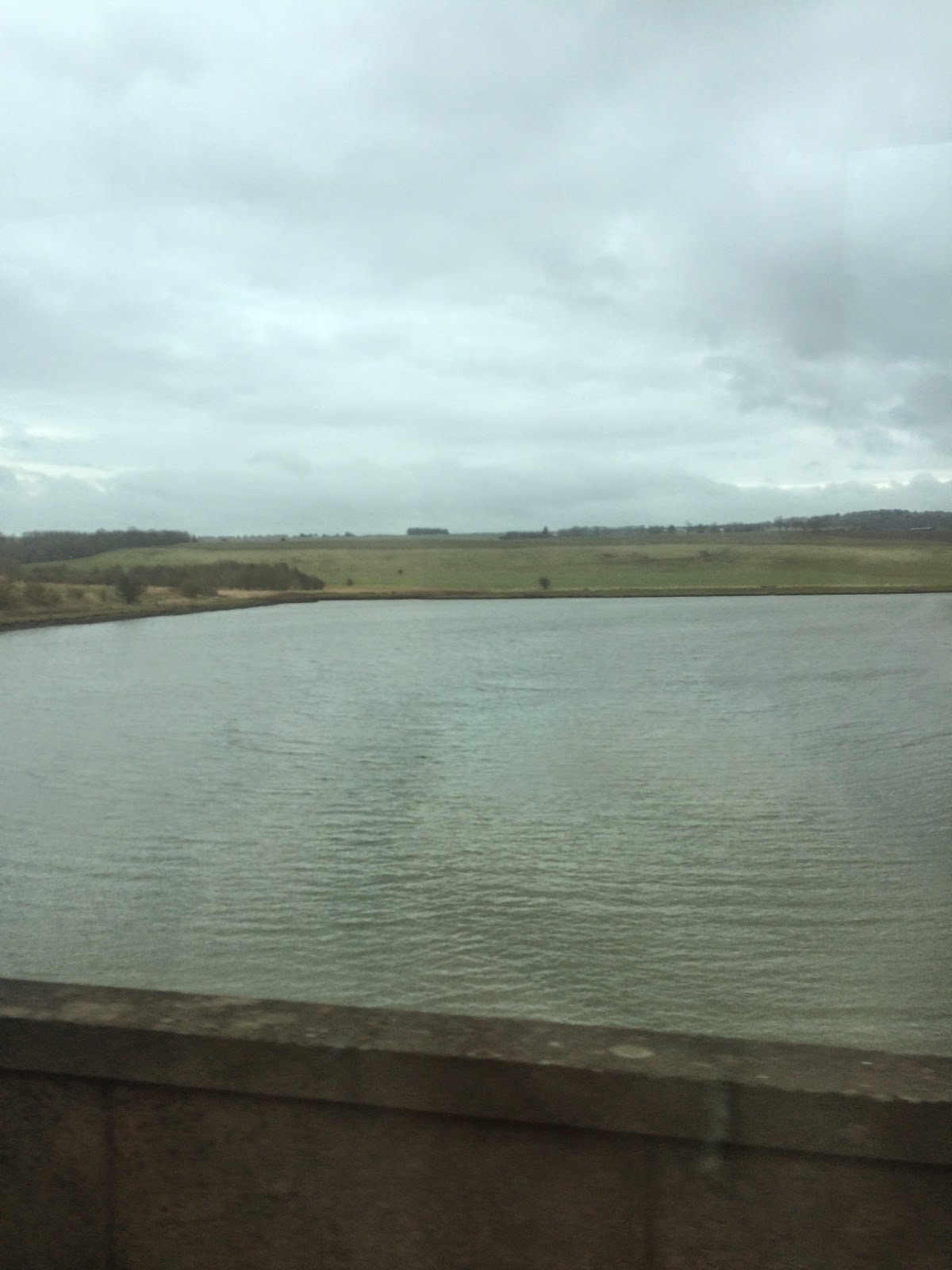 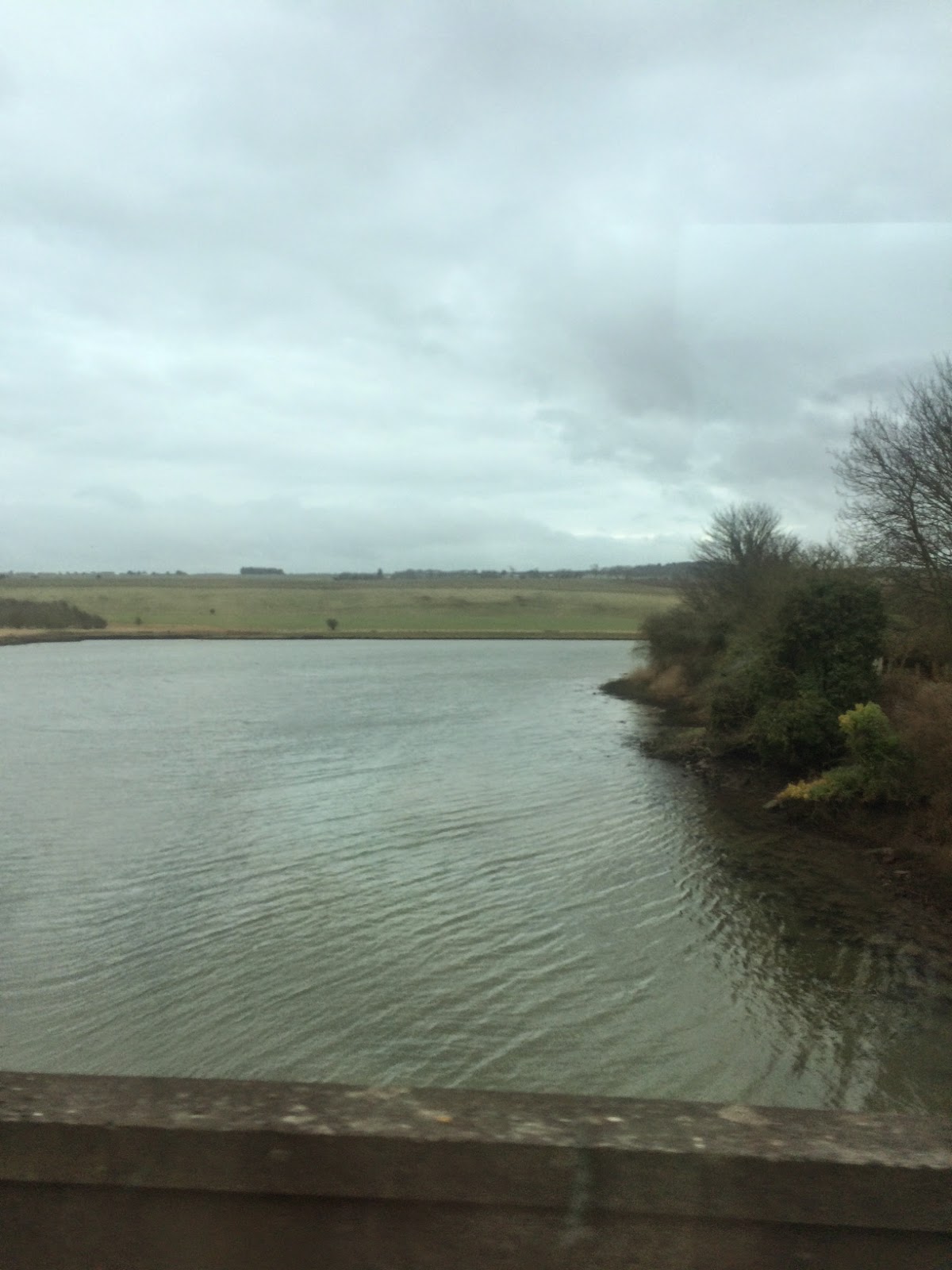 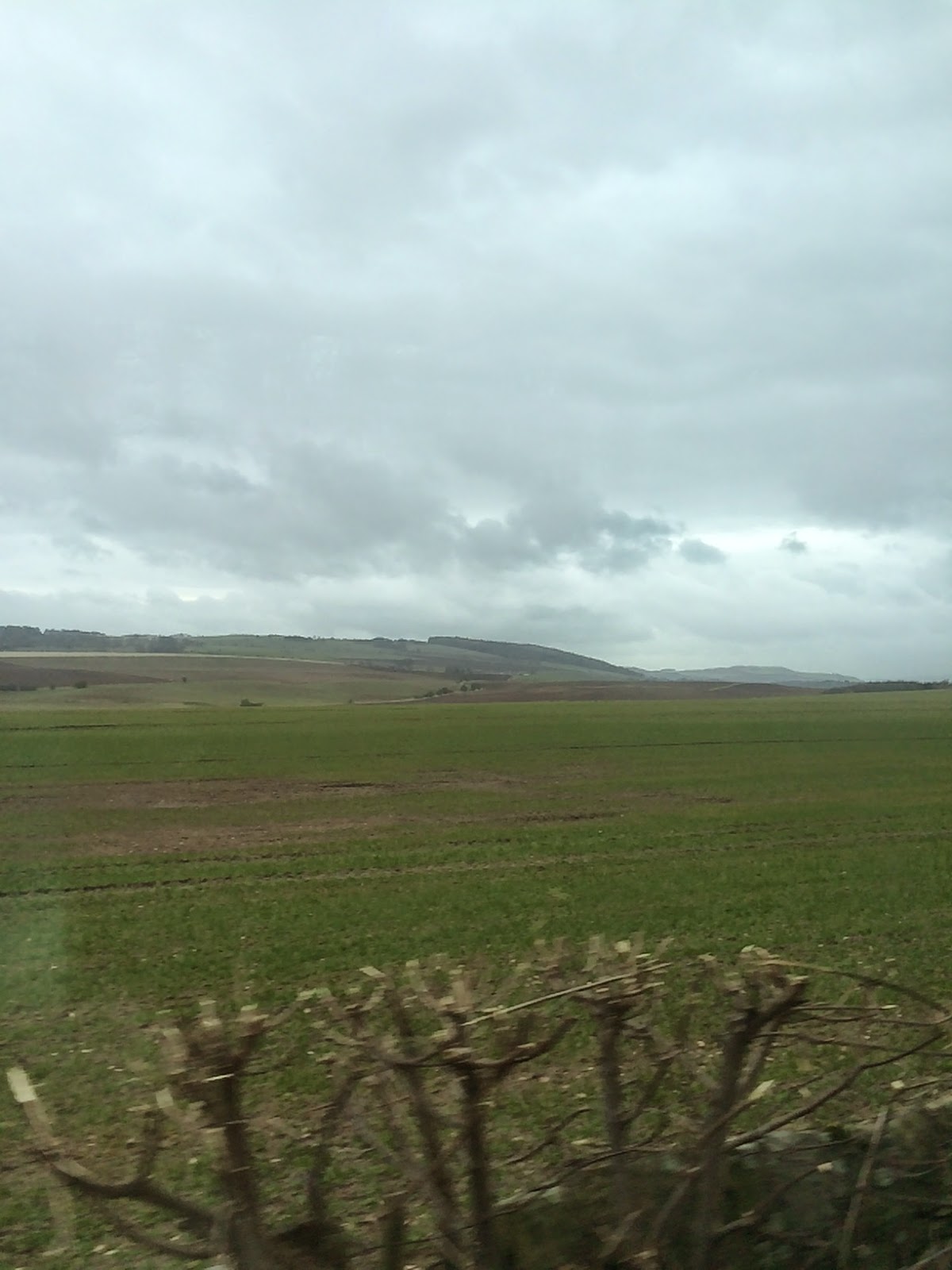 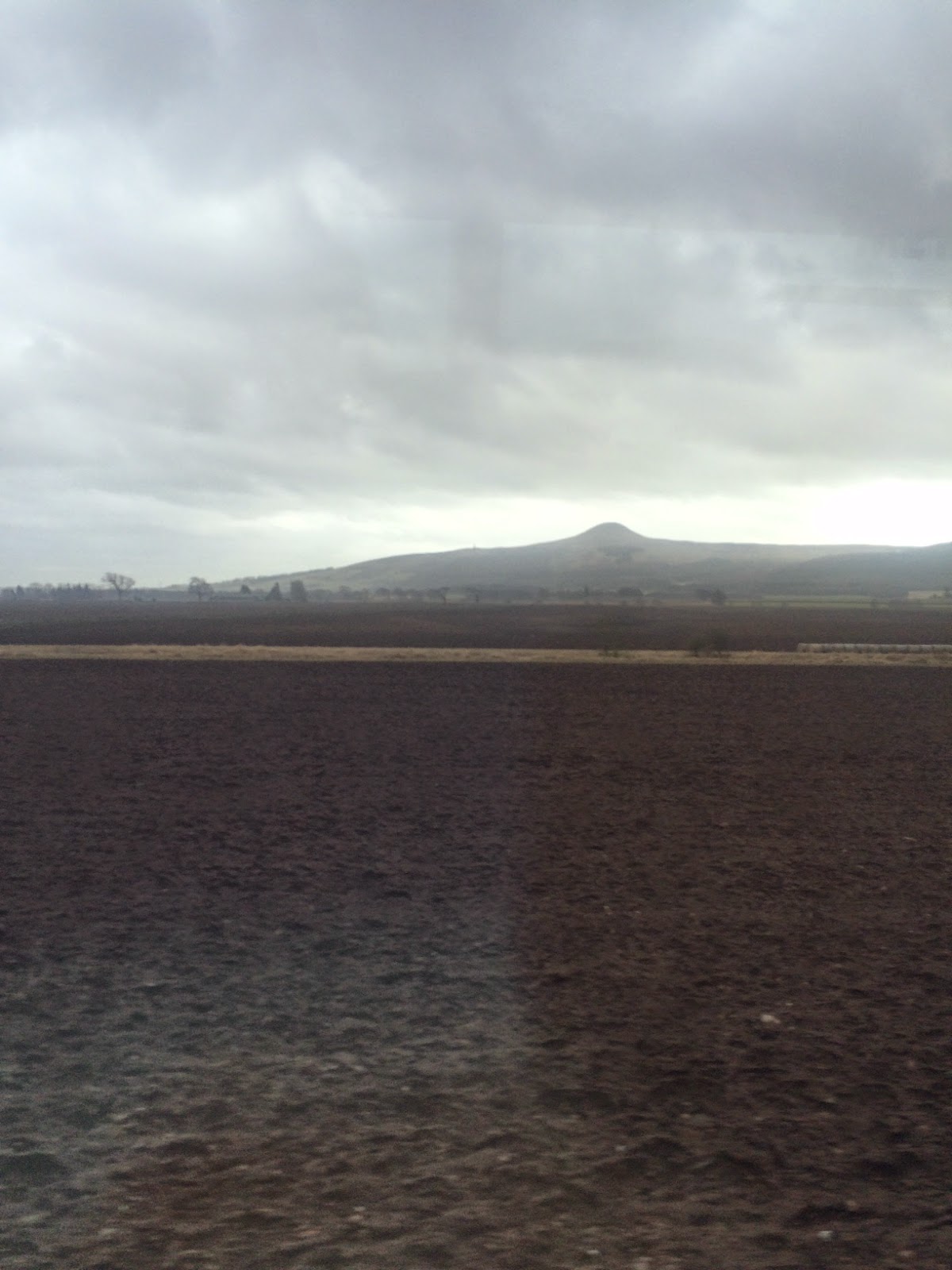 I was also lucky enough to be sitting next to Ali, a geoscience major, who explained how the hills were formed millions of years ago.

When we finally reached Edinburgh, everyone on the streets seemed so excited! The pub across the road from the stadium was packed with people dressed in the team's colors. 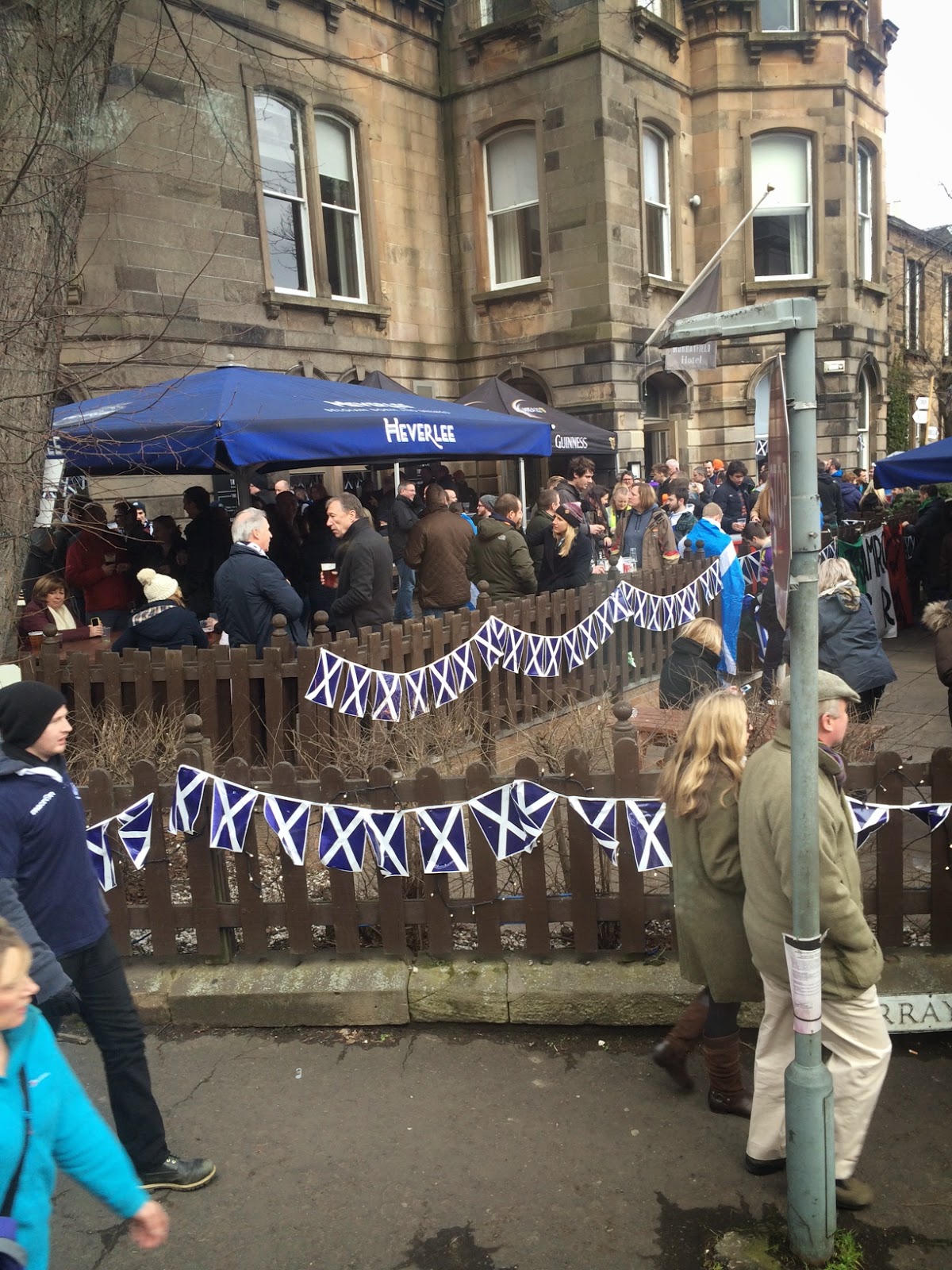 Ali and I grabbed some food before heading to our seats (I got a delicious and huge helping of curly fries with cheese). We were near the back of the stadium, but actually had a fantastic view. 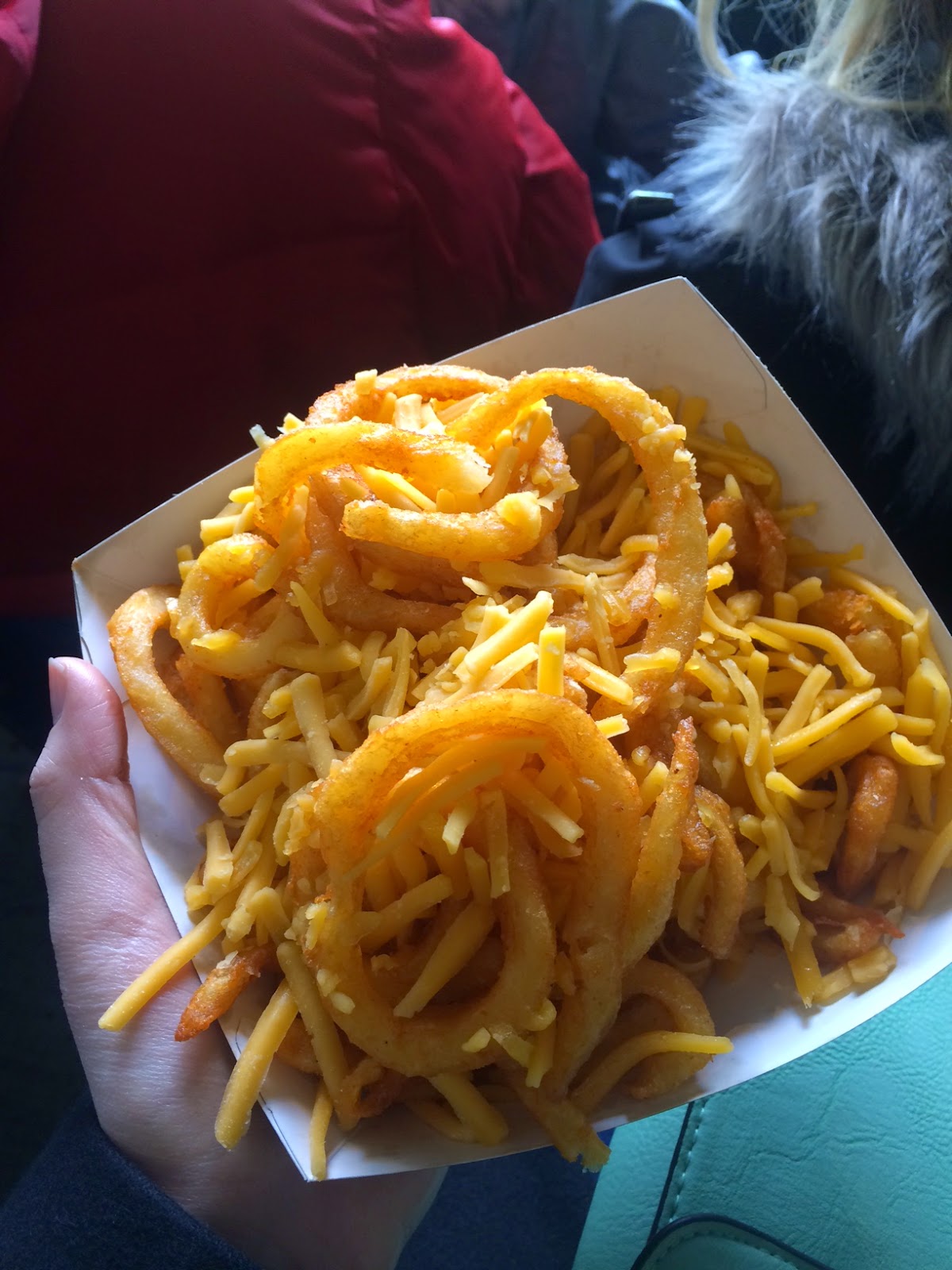 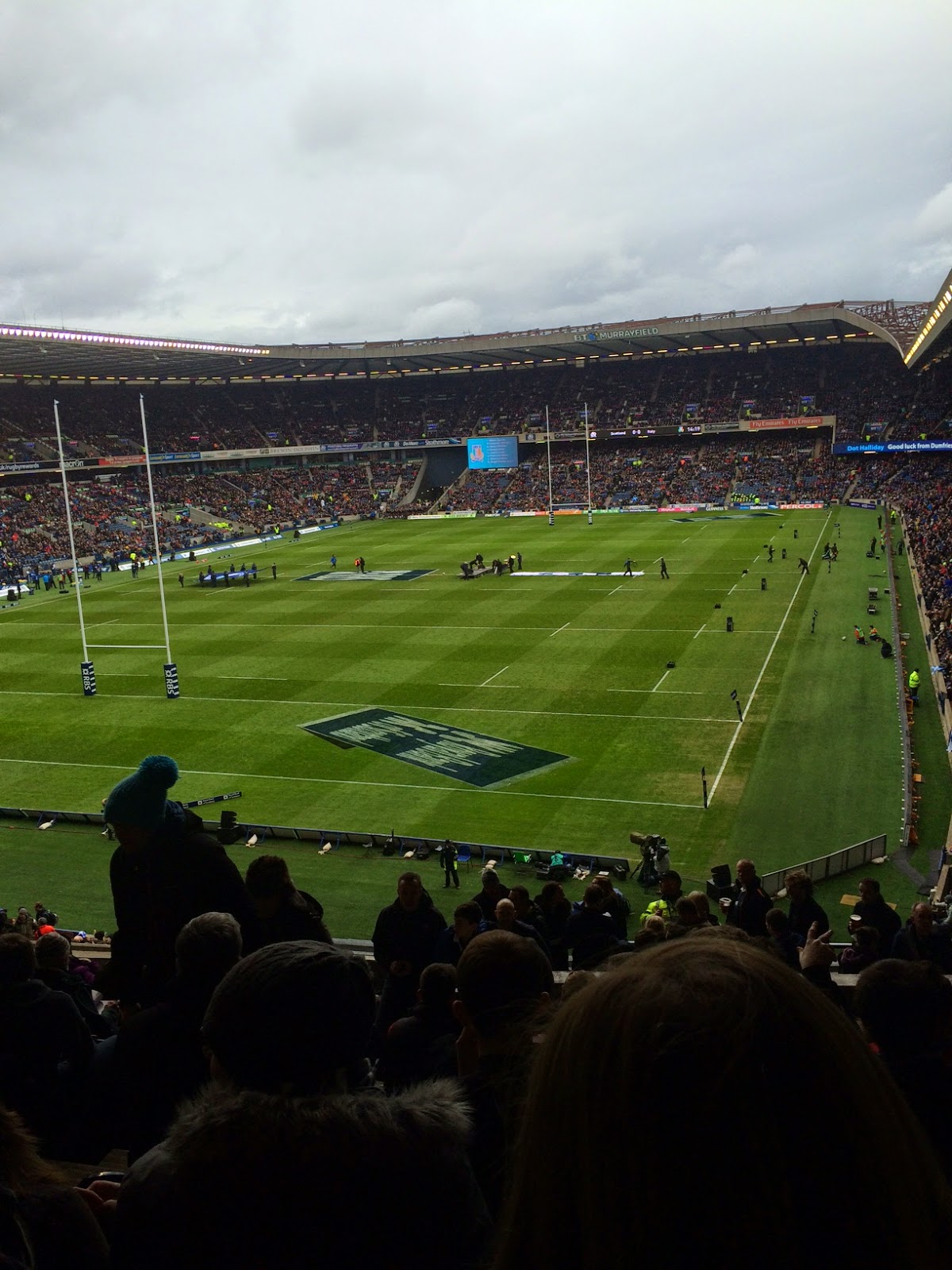 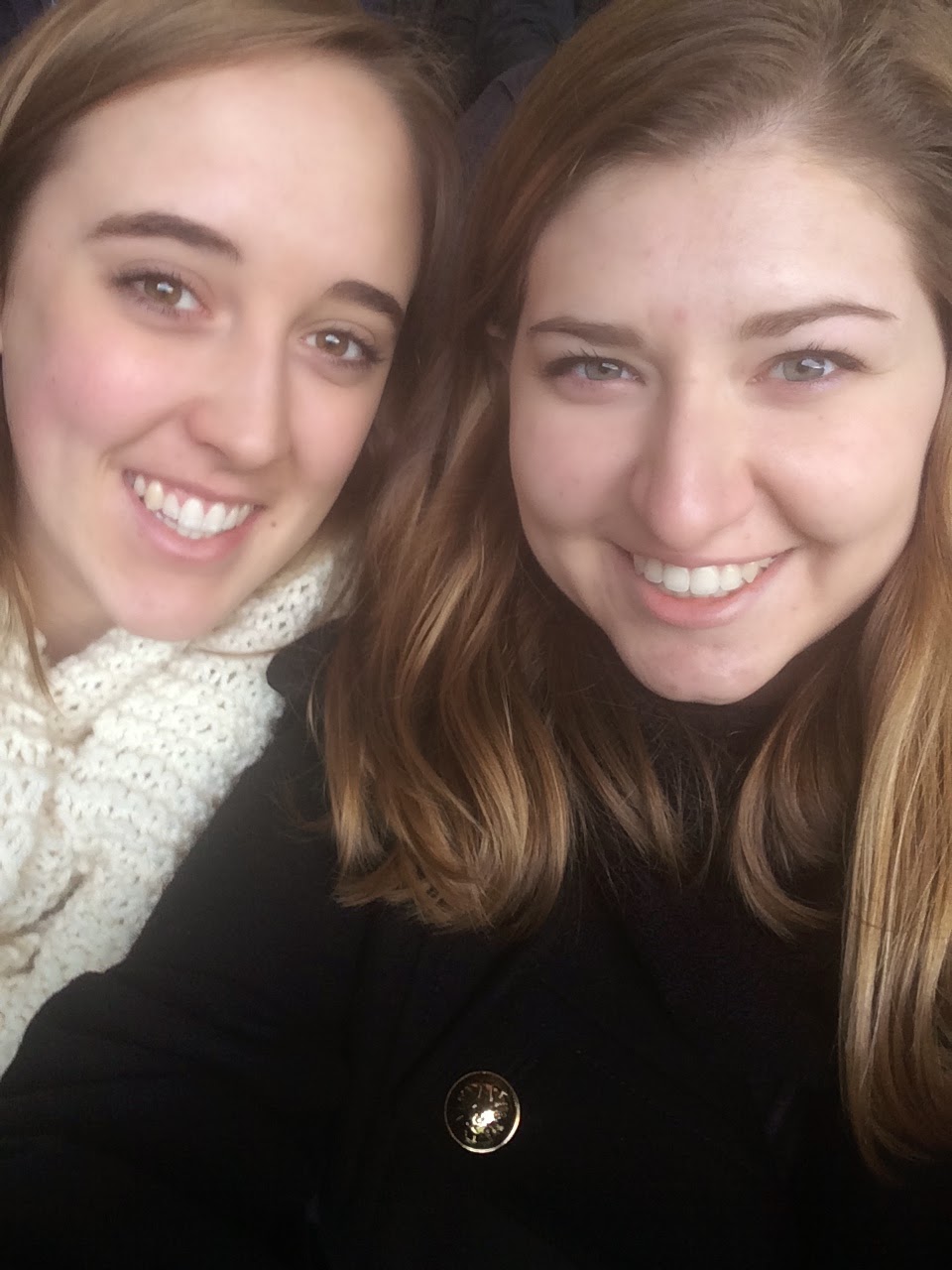 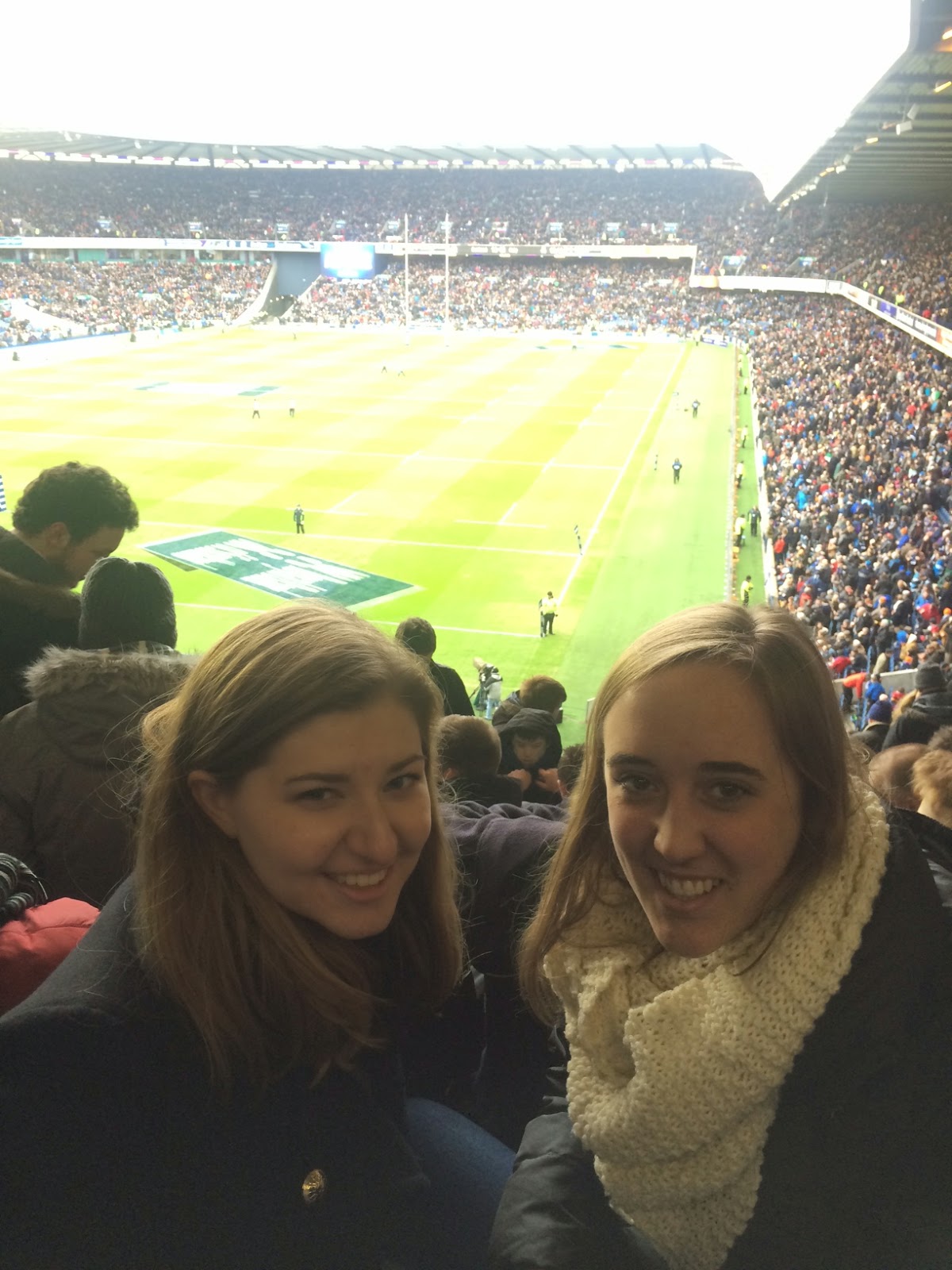 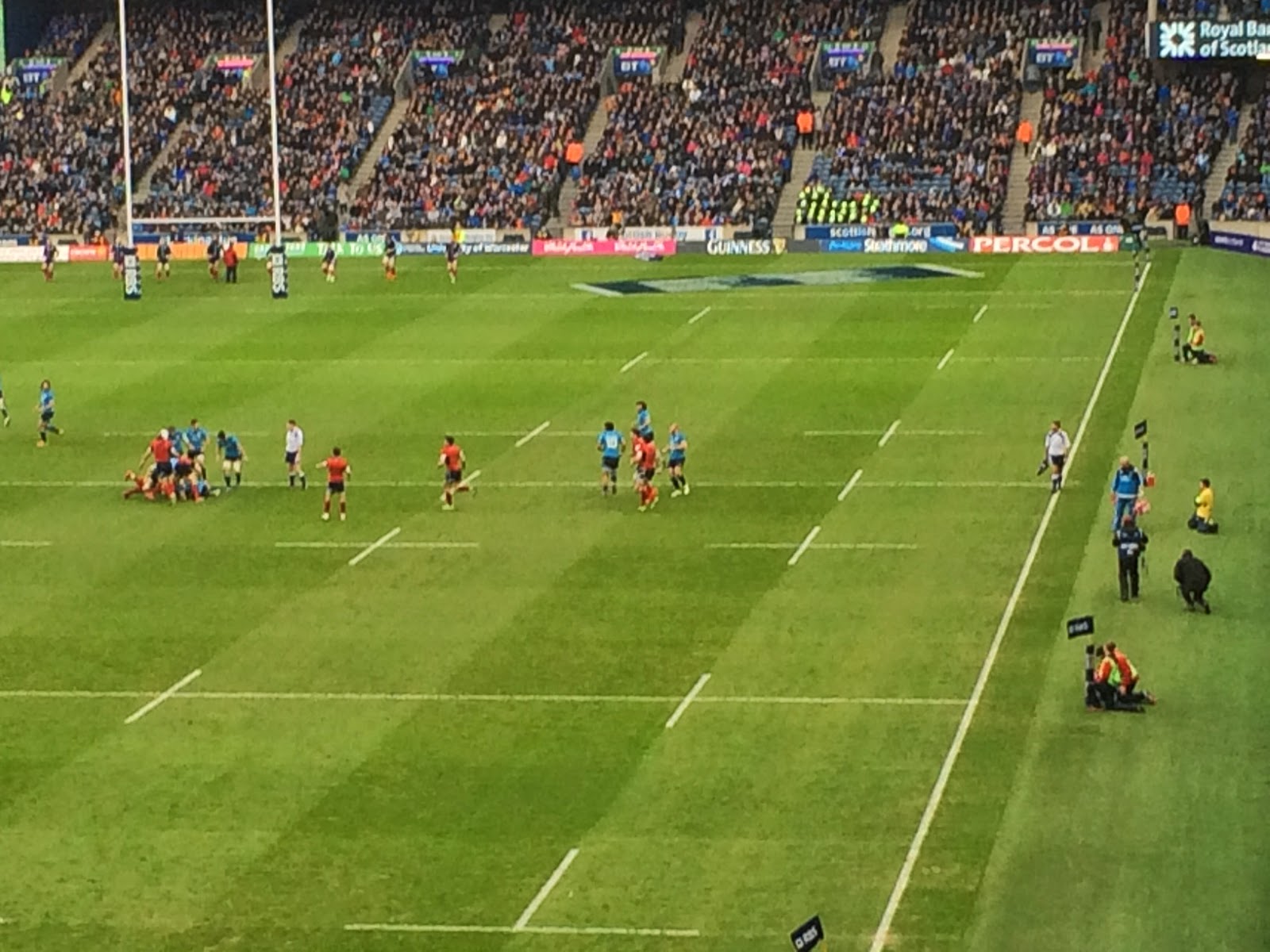 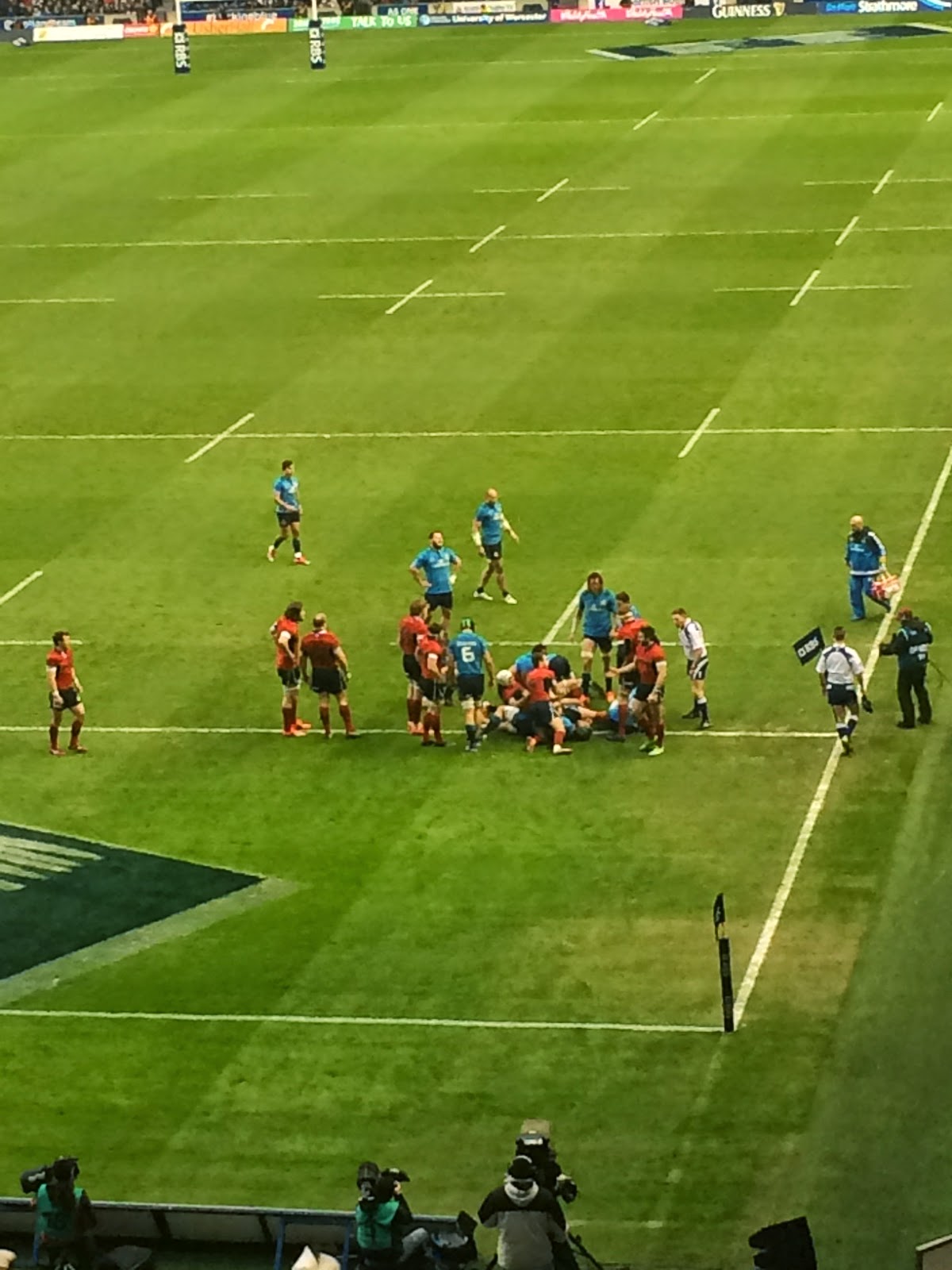 I can't say I really understand rugby, but I was able to follow it better than any other sport I've ever watched! I honestly couldn't tell if there were any rules...it kind of just seemed like they just tackled each other to the ground and wrestled around. I liked it because it was much faster paced than American football, but it did stress me out that no one was wearing a helmet!

I have to say, the Scots were actually an impressively polite crowd. While everyone was very excited and cheering, they were rarely rowdy. Still not exactly my scene (I'll take a theatre over a stadium any day, thank you) but it was a nice experience for a day.

Unfortunately, Scotland lost to Italy in the last minute of the game (after being in the lead for the rest of it!) and it started to rain. By the time we were back to the bus, we were soaking wet...and then had to wait an hour for one of the St Andrews people to finally make it to the bus. Needless to say, we weren't thrilled.

Despite the rain and the loss, I actually had a great time and I'm super glad that Ali and I went! xx

I'm an American student from North Carolina spending Spring 2015 studying at the University of St Andrews in Scotland. While I'm a communications and history double major at Elon University, I'll be taking two history modules at St Andrews.
I spent last summer at the University of Sussex in Brighton, England. To read about my travels, see my blog The Perks of Being in England.
Find my fashion and lifestyle blog here.